What You Need to Know About Black Hat SEO

Search engine optimization (SEO) is a way of getting quality traffic to your site using a search engine such as Google. Proper SEO (sometimes called white hat SEO) means your site will be found organically with strong, useful keywords and appropriate SEO tactics.

Kind of scary, huh? But if knowledge is power then be thankful you landed on this post. Below are a list of black hat SEO techniques that you should be aware of, especially if you outsource for SEO. Protect your site and be aware that some SEO specialist aren’t looking out for your site’s best interests, especially if they’re using these black hat SEO tactics.

Keyword stuffing is when the content of a site is “spammed” with keywords that don’t make sense to human readers, but instead make sense to Google bots. When these bots read the site and recognize the keywords, they might rank the site higher—but if Google catches on to keyword stuffing, then your site could be penalized.

Keyword stuffing makes the content of a site unreadable or unpleasant to read, which means your users suffer the most. An example would be something like: “If you need a website designed, have our web designers design you a website with their super web design powers because they do web designing and design websites.”  Because your site’s user experience is crucial for its success, keyword stuffing is not the way to move up on Google.

This comes in a variety of forms. One of which, is when website builders build multiple pages on a site that essentially contain the same content, but is titled differently and reworded very slightly. This can cause the site to appear larger to search engine bots, when in reality, the user receives nothing but poor content.

Another form of duplicate content is plagiarism. If someone is copying your site’s content, unfortunately Google bots won’t be able to make a distinction on which one came first, so their site could be ranked higher than yours even though your site has the original content. Black hat SEO users know that search engines bots lack that feature, and by stealing your content, they could be climbing up the rankings and knocking yours down. Do a simple search of your site’s content to be sure that no one is duplicating it and if they are it, report it here.

Link farming is when there is a network of sites that have no similarities yet are all interlinked to each other in an attempt to boost their ranking. While linking does make for good SEO practices, if the links don’t provide the user with useful information, then they’re nothing but deceiving.

Another black hat SEO term that involves poor linking is called doorway pages. These are pages that serve no purpose but to trick google into thinking the site is larger than it is. These pages usually have nothing but maybe a paragraph of text that often is usually just stuffed keywords, but to google’s bots, they might appear more purposeful. It’s important that your site does not contain doorway pages or link farms because google would penalize you if discovered, and in some cases ban you.

Hidden texts are when content (text, images, or links) are invisible to the users, but search engines can see them. This can be done by either making the text smaller or changing the color of the text to match the background of the site. This is a way that spammers can keyword stuff without causing confusion to their users. However, Google is becoming more and more aware of hidden texts, and again if your site is caught using it, you could be penalized or banned.

Cloaking is probably the most dangerous form of black hat SEO. Google describes cloaking as “the practice of presenting different content or URLs to human users and search engines.” Meaning, what the search engine bots read is completely different from what a human would read.

An example of this might be that google bots read a page of text (usually stuffed keywords) while users simply see an image. Cloaking is also used in a lot of hacking incidents, because it’s harder for the site owner to identify. But once Google detects that a site has been using cloaking for SEO purposes, the site could be removed from their indexes and will become unsearchable.

If you are concerned that your SEO specialist is using any of these tactics to increase your site’s rankings, please know that it is only a matter of time before Google catches on and your site will be penalized, if not banned. A site that is attempting to trick Google is a not a site that Google wants in their index, so implementing these tactics could be detrimental to your site’s SEO.

Appropriate SEO specialists will not use black hat SEO. Instead, they will use appropriate SEO tactics to increase your site’s ranking organically. Being removed from Google is not a situation you want your site to be in and it could ultimately cause you to lose out on a lot of business, so be sure that your SEO specialists are looking out for your company’s best interest by following the search engine’s guidelines and rules.

If you need help with your site’s SEO, let us know. We only practice appropriate SEO tactics and would be happy to help you increase your SEO standings organically and rightfully. 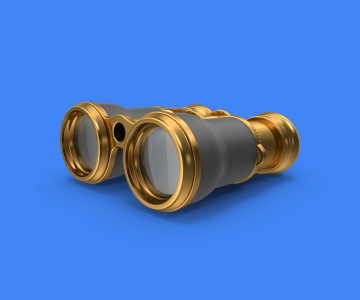 Why is My Website Not Showing Up on Google? 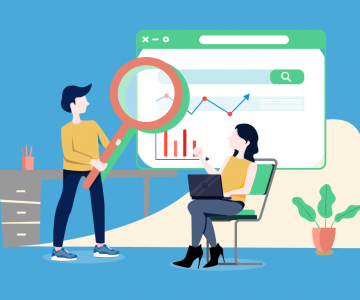 How to Hire an SEO Specialist How to Get Your Website on Google’s First Page

View All Resources
Accessibility by WAH